Most of these isoforms share a common DNA-binding domain with three different N-terminal domains (TA: entire transactivation domain; delta40: deleted from the first 39 residues; delta133: deleted from the first 132 residues) and/or three different C-terminal domains (alpha: entire oligomerisation domain; beta: 10 additional residues; gamma: 15 additional residues). By convention, TAp53alpha corresponds to the canonical p53 protein. In addition to these isoforms, deltap53 has been described that lacks residues from center of exon 7 to center of exon 9. See illustration below.

Current knowledge on the role and activities of these isoforms is still limited. In the IARC TP53 Database, all annotations and data are in relation to the full-lenght protein (TA isoform). New annotations have been introduced on the predicted impact of TP53 gene mutations on the protein status of the different isoforms (see p53 Isoforms Predictions). 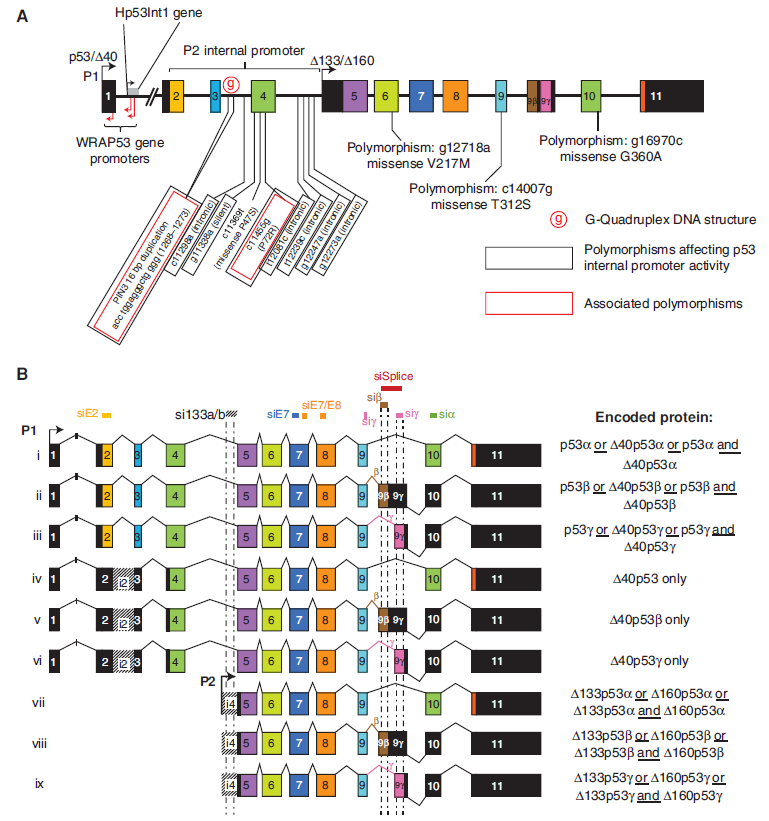 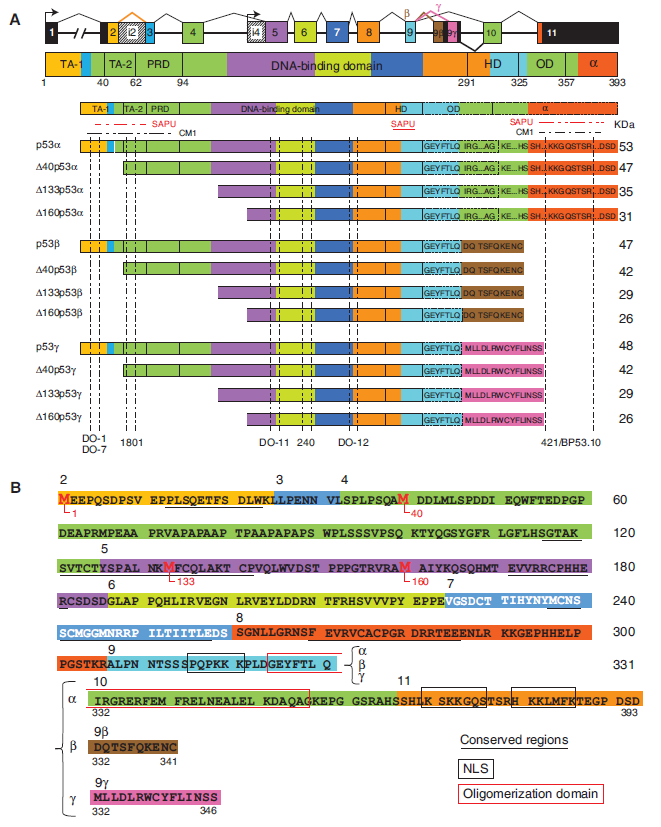